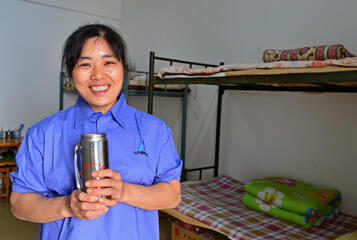 The session marked the launch of a new World Bank/KNOMAD report “Resilience: COVID-19 Crisis through a Migration Lens.” Remittance flows to low- and middle-income countries (excluding China) reached a new milestone in 2020: they surpassed the sum of foreign direct investment flows and ODA. And defying projections, remittances declined by only $8 billion (1.6%) in 2020. Panelists discussed the impact of COVID-19 crisis on remittance and migration flows and possible policy responses.

The session also addresses questions from the audience who had joined virtually from different countries and time zones. (Watch Video)

Michal Rutkowski is the Global Director for Social Protection and Jobs – overseeing the World Bank Global Practice responsible for protecting poor and vulnerable from shocks through improving their job opportunities, earning capacity, and social insurance and social assistance (safety net) coverage. Until July 2016, he was the Director for Multilateral Organizations, and prior to that the Country Director for the Russian Federation and the Resident Representative in Moscow for three years.   In the period 2004-12, he was Sector Director for Human Development in the Middle East and North Africa and then South Asia regions of the World Bank. Before 1996, after a brief period of work on Africa and China, Mr. Rutkowski worked extensively on social insurance and labor market issues in transition economies and as a country economist for Russia and after taking a leave from the Bank, returned as Sector Manager for social protection between 1998-2004, where he led a team of professionals working on pensions, labor market and social assistance reforms in 28 countries of Central and Eastern Europe and former Soviet Union, as well as in Turkey.

During his leave from the World Bank in the period 1996-98 he helped design and implement the new Polish pension system while serving as the Director of the Office for Social Security Reform.  He also taught at the Institute of Economic Policy at the Warsaw School of Economics. Mr. Rutkowski’s published work covers among others, issues on labor markets and social security. He was a core team member of the 2015 World Development Report “Workers in an Integrated World”- the World Bank’s annual flagship research publication. Mr. Rutkowski holds an M.Sc. and Ph.D from Warsaw School of Economics and finished his post-graduate studies at the London School of Economics. He also graduated from the Executive Development program at the Harvard Business School in 1999, and from the Leadership for Collective Intelligence program run by Dialogos in 2010.

Dilip Ratha is head of KNOMAD and lead economist, Migration and Remittances Team, at the World Bank. He is a thought leader on migration, remittances, and innovative financing for development, including diaspora bonds, future-flow securitization, and shadow sovereign credit ratings. His TED Talk “The hidden force in global economics: sending money home” has 1.4 million views.

Surjit Bhalla is an Indian economist, author, and columnist, who is currently the Executive Director for India at the International Monetary Fund (IMF). He was appointed as a member of the newly formed Economic Advisory Council to the second Modi ministry, from where he resigned in December, 2018. Bhalla obtained his B.S. degree in Electrical Engineering from Purdue University in 1969 and worked for a year at Fairchild Semiconductor as a programming analyst. In 1970, he joined the Woodrow Wilson School.

Simone Giger is the Head of the Global Program Migration and Development at the Swiss Agency for Development and Cooperation, which is an integral part of the Swiss Ministry of Foreign Affairs. Ms. Giger started her career in international development in 2004. Working as a microfinance consultant, she was posted to Azerbaijan and Tajikistan. In 2006, Ms. Giger joined the Swiss Agency for Development and Cooperation (SDC). In her different assignments for the SDC, Ms. Giger was seconded to the World Bank in Central Asia (2007-9), served as the Deputy Head of the Swiss Cooperation Office in Bosnia-and-Herzegovina (2010-14), and headed the Swiss Cooperation Office in Moldova (2014-18). In summer 2018 she assumed her current role as head of the global program at SDC HQ in Bern.

Francesco Luciani is the Head of Unit, DG International Cooperation and Development, European Commission. Francesco Luciani, Ph.D. in Political Science, is an official of the European Commission since 1998. He worked between 1998 and 2005 at the EU Delegations in Chad and in Ukraine, between 2005 and 2016 in Brussels at the Commission’s Directorate General “Home Affairs”, and then until 2019 as advisor to the European Commissioner Avramopoulos in charge of migration and security matters. In 2019 he joined the Directorate General “International partnerships” where he currently leads the Unit responsible for the cooperation with countries in Latin America, Sub-Saharan Africa, Asia, and the Pacific, in the areas of migration and forced displacement.

Yemi Oluwakuyide is the Remittance Lead, and Senior Responsible Officer, Foreign, Commonwealth and Development Office. Yemi has extensive experience working in the in the public and private sector as management consultant to several Foreign, Commonwealth and Development Office (FCDO) programmes. He is presently the FCDO’s Remittance Lead and Senior Responsible Officer (SRO) for Financial Sector Deepening programme in Tanzania (FSDT). Prior to this, he was the Head of Finance and Resourcing at the Joint Air Quality Unit (JAQU) in DEFRA.

Jaime Roberto Diaz Palacios is the new Executive Vice President of the Central American Bank for Economic Integration. Mr. Diaz Palacios has a solid professional career of more than 15 years in the field of Economics and Finance for Development, in the public sector and in economic development from a think tank with cross-cutting impact, leading the National Competitiveness Program in Guatemala (between 2012 and 2015) and in the World Bank with the position of Senior Advisor for the Executive Director (between 2015 and 2019). His work experience is additionally supported by a robust professional training of undergraduate studies in Economics from the Francisco Marroquín University of Guatemala, a Master’s in Economics from the LSE, followed by a Master’s in Public Administration from Harvard University.