Selection and the Efficiency of Sorting in Migration between Rural and Urban Areas: Micro Evidence on Forty-four Lower Income Countries 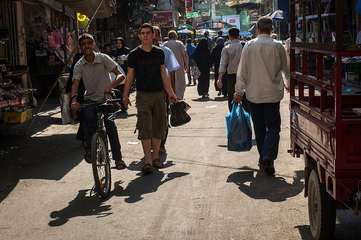 The gap in incomes between rural and urban households is one of the largest contributors to global inequality. Positions are divided as to whether this gap is a reflection of inefficient labor allocation, demanding redress, or an efficient sorting of labor by skill levels. Data show that better-educated adults are more likely to quit a rural origin and move into town; whether the less well-educated adults are more likely to depart towns for the countryside is more mixed. On balance this selection process does not result in sorting, however; rural-urban migration lowers education levels in town and vice versa. Moreover, selection on education is only a part of the story; far less is known about the role of unobservable traits of individuals in selection. For the present study, nationally-representative, micro data on migration between the rural and urban sectors of 44 lower-income countries have been compiled. From these, the returns to rural-urban and urban-rural migration and the returns to staying are estimated, using counterfactuals controlling for selection. Selection on unobservables is generally estimated to run counter to the role of formal education. The findings are consistent with substantial barriers to “efficient” movement into towns, and some patterns in these barriers are revealed.