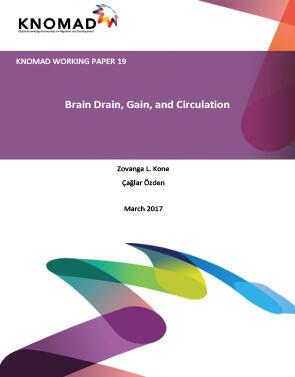 Although total global migration as a share of world population has been relatively stable, the world is witnessing a rapid increase in the number of high-skilled migrants. After identifying interesting patterns revealed by the existing data, the paper focuses on economic impact on the sending, mostly developing, countries. The initial focus of the literature was brain drain and the potential losses of tax revenue and productivity spillovers in origin countries. More recent contributions, however, identified several channels through which high-skilled emigration might bring benefits to sending countries. Among these are brain gain (endogenous increase in human capital investment) and brain circulation and network effects (knowledge diffusion and global economic integration).