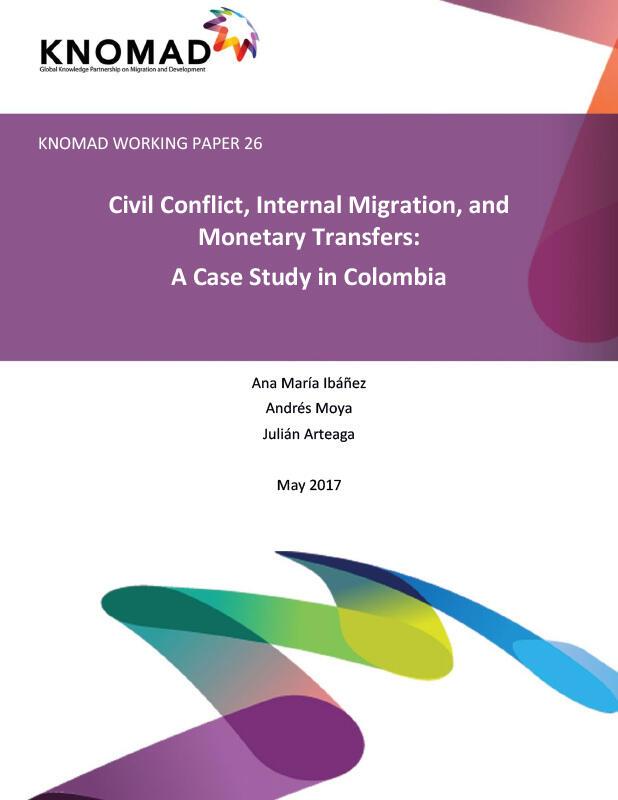 The purpose of this paper is to provide an initial exploration of how conflict shapes internal migration and the dynamics of domestic monetary transfers. Studies on remittances focus on international migrants and mostly on traditional migrants, while the remittance behavior of forced migrants – refugees and internally displaced persons – is largely unexplored. Nonetheless, remittances can play an important role by supporting households left behind in conflict regions or by providing monetary resources for the settlement process undergone by forced migrants. This paper studies the case of Colombia, a country with the largest number of internally displaced persons worldwide; it uses recent data from a longitudinal survey that tracks migrants before and after migration and collects detailed information on conflict dynamics. The ability to identify statistically significant effects is limited by the small sample size of households that migrated, were exposed to direct violence, or fled communities under the presence of nonstate armed actors, and also sent and received monetary transfers. However, we are able to observe how conflict and displacement dynamics are associated with difficulties in sending and receiving transfers. Although victims of violence who are forced to migrate, as well as those who are unable to migrate and thus remain in conflict-torn regions, could use transfers to cope with the socioeconomic consequences of violence, conflict dynamics also seem to undermine the flows of transfers to and from these households.